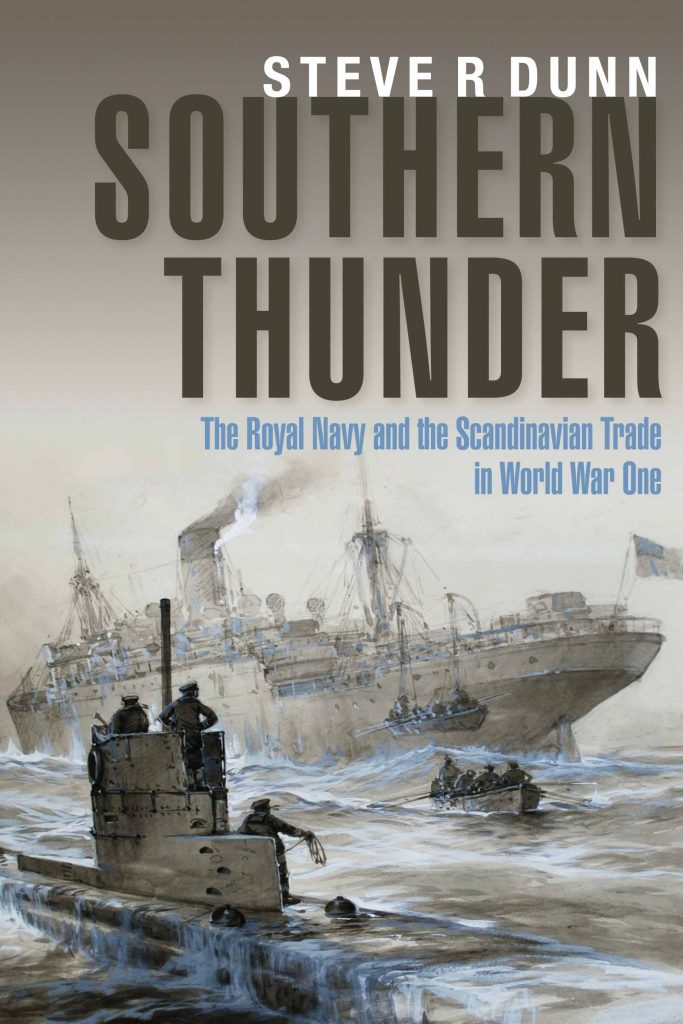 The Royal Navy and the Scandinavian Trade in World War

During World War One the Scandinavian countries – Sweden, Norway and Denmark – played a dangerous game. They proclaimed their neutrality but at the same time pitched the two sides against one another in an effort to protect their import and export trade. Although their attitude was in some ways understandable – not least because their economies depended on this trade - their dealings were sometimes questionable.

Germany relied on all three countries for food and raw materials – it was only self-sufficient in coal. Without free access to the seas, its military campaign would be severely hampered and many of its people would starve. In turn, Britain and her Allies were determined to deny Germany these vital goods and needed many of them for their own war effort.

And so the battle for the North Sea began, with the Royal Navy given the task of keeping the seas safe for British and Allied trade while at the same time blocking them off from Germany and her partners. It may not have been a second Trafalgar, which is what the British public wanted, but there is little doubt that the campaign fought by the Royal Navy was critical to winning the war.

Behind the scenes politicians from both sides put pressure on Sweden, Norway and Denmark – each hoping to be the recipient of the food and material that the Scandinavians wished to export. Coal became a weapon of war, with Britain using it as a bargaining chip to help prevent trade with the enemy. Not surprisingly the men in parliament were often at odds with those at sea and the conflicts between the needs of diplomacy and the necessities of marine warfare came into sharp focus.

And while the political dances continued, the battle at sea moved up a gear with the success of U-boats. The Royal Navy had never considered the U-boat threat seriously and had no firm plan to counter it. And as a result ships were sunk, lives were lost and commerce threatened.

But the German’s didn’t have it all their own way. The Royal Navy mined large areas of the North Sea, leaving safe channels for merchant ships to pass through with escorts. They successfully impounded vessels that were thought to be carrying ‘contraband’ (goods for the enemy) and these were then sent to British ports.

By the end of 1916, the British – Scandinavian trade was so important that a new system of convoyed vessels was developed, not without much Admiralty infighting, leading to the growth of naval operations all along the east coast of Britain in places such as Immingham, Lerwick and Mehil. This introduction of formal convoys to Norway and Sweden forced the Royal Navy to develop new tactical thinking and made fresh demands on both men and materiel. The humble tramp vessel and collier carried the load, in all senses of the term, while the Royal Navy tried to protect them.

Not surprisingly there were running battles with both German surface ships and U-boats. Amongst these were the sinking in October 1917 of two Royal Navy destroyers and nine of their merchant charges in a hopeless battle against superior forces in which 300 men lost their lives. And in the December, a destroyer, four trawlers and six merchant vessels were lost in another unequal fight. Both of these tragedies are narrated in detail in the book, as are other - often futile – engagements and near misses.

Along the way, Sweden nearly joined forces with Germany against Britain and her Allies, the Imperial German Navy war staff planned an invasion of Norway and the British became responsible for the Norwegian merchant fleet. Denmark fared better than her neighbours thanks to clever diplomacy and didn’t experience the social unrest of Sweden or the hunger of Norway.

This new book tells this little known, and often ignored, story from a naval and political standpoint. Starting from the declaration of a British blockade and its impact and reception in Scandinavia, the narrative progresses to cover the development of the East Coast safe passages, the struggle to prevent supplies reaching Germany, the negotiations to gain preferential British access to Scandinavian trade and the work of the sailors, both merchant marine and Royal Navy who had to make the system function.

The role of politicians and parliaments is considered as ministers in all countries tried to balance the needs of their populations and industries with the exigencies of war and, for Britain, the views of the United States of America.

In 1918, the Germans even brought out their big-gun ships to hunt and disrupt the Scandinavian convoys and at one point US Navy battleships were perilously close to engaging with the High Sea Fleet as a result.

Detailed analysis, first-hand accounts from those who took part and a vivid narrative tell the story of the protection of Scandinavian trade and demonstrates that it was the Royal Navy in its quotidian job of keeping the seas free for trade, and the sacrifice of its sailors together with those of the Merchant Marine, which lent no small strength to the efforts of the Allied armies on the Western Front and helped bring about the German downfall and Armistice.

‘An interesting read of a previously unspoken story’.

‘I have no hesitation in recommending this book to any member wanting a well-written and readable account of this important part of the naval war between 1914-1918’.

‘Dunn shows himself a master of the subject, successfully casting light on a subject which is otherwise little explored. This is a very well written book’.

‘The author provides a fresh and fascinating analysis of this most significant theatre of the war…he has made a major and innovative contribution to our wider understanding….it may be regarded as essential reading not only to those interested in naval matters but in First World War history generally’.

'This book is essential reading for anyone with an interest in the naval aspects of the Great War and provides a detailed guide to fighting the smaller actions in the North Sea'.

'He writes in a very readable and informative style, which makes it an attractive book for those with a special interest in the Royal Navy and the First World War……..In a nutshell, a very informative and pleasant to read book about “Southern Thunder”'

‘Despite covering politics, economics and naval tactics the book is very readable, educational and entertaining: laced with personal vignettes which bring us closer to the tragedies that war brings. Southern Thunder would make a good addition to a naval library and is the first of Steve Dunn’s books that I have read; I’m likely to source his others. An excellent book.’

‘Southern Thunder is a worthy treatment of this little-known, but intensely fought maritime campaign of a century passed. It contributes to the study of Royal Navy command and control in World War One’.

‘The author has brought new light to a vital part of the story of WWI and one which has been strangely neglected by historians. There is good analysis, careful research, assembly of first-hand accounts, and good illustrations - Very Highly Recommended’.

‘This book is very readable, well-written and researched, and may well become a standard reference work on its subject’.

‘Detailed analysis and first-hand accounts of the fighting from those who took part create a vivid narrative that demonstrates how the Royal Navy helped to bring about Germany's downfall and protect Britain's vital Scandinavian supply lines’.

‘Author Steve R Dunn does a good job of explaining how the war in the North Sea developed, and uses a range of primary and secondary sources to describe the bitter conditions the Royal Navy crews had to endure and their bravery in protecting the convoys’.