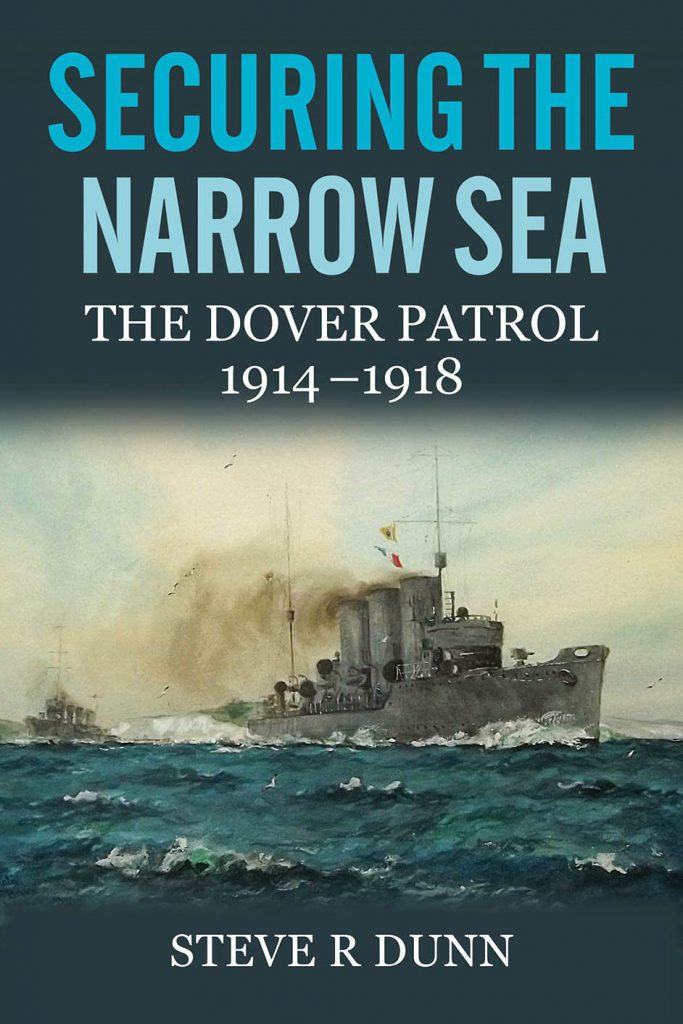 The Exploits and the Men of the Dover Patrol, 1914-1918 Securing the Narrow Sea is the story of the battle for control of the English Channel during World War One, from the outbreak of war to the Armistice, a battle which was an integral part of the British war against the U-boat and the protection of the country’s supply chain. This fight was waged by the Dover Patrol. The Dover Patrol command brought together an assortment of vessels ranging from the modern to the antique, and from the motor launch to the monitor, to contest for control of the Dover Strait and the bordering Flemish coast line. It was commanded by a series of radical and polarising personalities - Admirals Hood, Bacon and Keyes – and was increasingly manned by volunteers - yachtsmen, fishermen, merchant sailors and ordinary citizens. Between 1914 and 1918 the men of the Patrol attempted to shut down German access to the Atlantic Ocean and the English Channel, with the goal of preventing German bound trade going in and U-boats, commerce raiders and warships going out. The war against the U-boat was fought here, within sight of the English coast. Using many first-hand accounts by the participants, the book examines the wide-ranging exploits of the Dover Patrol and the new naval technologies and tactics that they had to master. These encompassed shore bombardment using gun vessels and monitors, the use of trawlers and drifters in barrage building and maintenance, anti-submarine work and escort duties by destroyers, minesweeping by paddle steamers and trawlers, the protection and convoying of troops and supplies to the Western Front as well as ship-to-ship engagements with German forces. It also examines the role of the towns of Dover and Ramsgate and how they had to adapt to being at the centre of such an important command. Additionally, Securing the Narrow Sea charts the in-fighting and politics at the highest levels of the Admiralty which led to two changes of command at Dover in bitter circumstances and examines the personalities of the men involved. The author paints a vivid picture of a vital and little known part of the war at sea, and of the frustrations and perils of the duty. The book brings the Patrol’s exploits and challenges to life. It examines the day to day problems of trying to support the army in France as well as mange an anti-U-boat programme, together with the larger scale battles that were fought, culminating with the infamous Zeebrugge and Ostend raids of 1918. Finally, the book critically assesses the Patrol’s commanders and the results they obtained and recalls the way the Patrol and the 2,000 men who died for it were remembered, then and now. The Dover Patrol's story has rarely been told, but it was the longest, and probably the most arduous, continuous naval campaign of the war, demanding of its sailors a heavy sacrifice of men and materiel and uncomplaining devotion to a hard duty. Securing the Narrow Sea seeks to ensure that they will not be forgotten.

Nominated for the 2107 Mountbatten Maritime Award for Best Literary Contribution

Listen to Steve Dunn’s talk about the book in this Podcast.

What the Critics Say

‘While reading this book I occasionally put it down because I was enjoying it so much I didn't want it to end. It really is that good.’

‘The author has produced a very creditable review of this vital service, a must-read book that deserves to be highly commended.’

‘5/5 anchors for an outstanding piece of history that brings the Dover Patrol to life and paints a vivid picture of the flotilla of destroyers, submarines and other vessels that were called to the colours, as well as some of the fantastic characters that joined or rejoined to fight in them.’

‘Securing the Narrow Sea is interesting and different. It tells of a largely forgotten, yet vital, naval campaign of World War I.’

‘I learned quite a bit from this book and have no hesitation recommending it.’

‘The book moves along at a great clip and we are treated to a very well written and thorough analysis of the patrol, its context, its enemies (Under the German British Flags) and the men that both lead it and crewed it. Recommended!’

‘The book is eminently readable and goes into many byways of a personal nature.’

‘Securing the Narrow Sea is highly recommended as a corrective to the land-centric Western Front versions of the First World War. It is an important addition to the bookshelf of anyone interested in the 1914-1918 war.’

This book provides a valuable insight into the little-known story of the Royal Navy's Dover Patrol. A human dimension has been provided by the incorporation of the personal accounts of many of the participants into this fast moving historical narrative. A welcome addition to the bookshelf.

Available from all good booksellers: